Rosie the Riveter Lives On In All Women Veterans

JACKSONVILLE, Fla., March 21, 2022 /PRNewswire/ -- Marking a significant day in women's history, "Rosie the Riveter" was born from a national hit song in 1942 that depicts Rosie as a woman who served the American war effort by producing war supplies – including ships and ammunition – during World War II.

Fast forward to 2022 and women not only support the military efforts; more of them are serving in the armed forces. Women are the fastest-growing population of the all-volunteer force and veteran demographic. Since the Department of Defense (DOD) opened all roles to women in 2016, women have been expanding their service in the military, opening the doors to many female "firsts" across all service branches.

The drive and determination found in the figure of Rosie the Riveter of our past can still be found in women service members who continue to break down barriers, filling more prominent roles in combat and command. Still, there are differences in the challenges faced by women warriors in comparison to male warriors, as evidenced in the recently released 2021 Annual Warrior Survey by Wounded Warrior Project® (WWP).

The survey reveals some distinct findings for women warriors, including:

"Women's History Month provides a timely opportunity to recognize how far women have come in their courageous service to our country," said Jennifer Silva, chief program officer at WWP. "Though there is work to be done to improve the quality of life for women who have separated from the military, we continue to see the strength and grit of women warriors across the nation."

While deployed to Afghanistan in 2011, Beth King was injured when a rocket-propelled grenade impacted the helicopter she occupied. She fell out of the hatch and dangled in the air from her backstrap until the helicopter could make a hard landing.

With no visible injuries, Beth was sent back out on another mission. But her injuries were, in fact, severe. She had significant trauma to her spine and a traumatic brain injury. Not long after, PTSD began to take hold of her life as well. She began to isolate and fell into depression. For four years, she lived in this desolate state. Then, one day, she made a commitment to build up her strength and take control of her life again. She started signing up for events that got her active with WWP's Soldier Ride and Adaptive Sports programs.

Today, Beth has built a network and platform through competitive adaptive sports and was recently selected for the Invictus Games, an international sporting event for wounded service members and veterans. She serves as an example of the fierceness that is a woman warrior – a Rosie the Riveter of today's female veterans.

WWP is committed to provide women veterans, like Beth, with the care that will meet their unique needs now and into the future. WWP developed the Women Warriors Initiative to better understand, empower, and advocate for these women warriors who have served our nation. 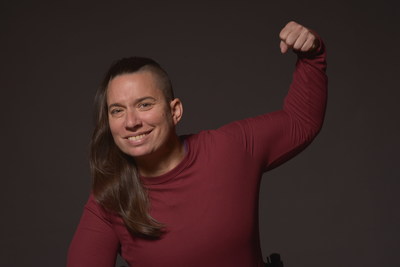