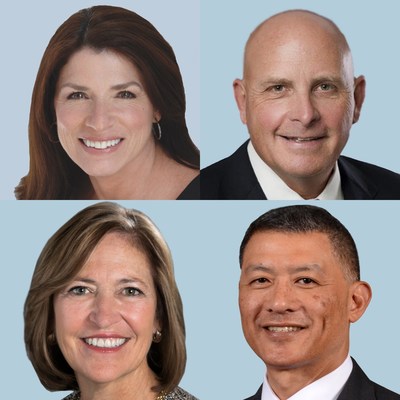 Widmer joined the board in August of 2017. She currently serves as Company Group Chairman, North America and Latin America, Johnson and Johnson Consumer Health, which provides health and wellness solutions to consumers through brands such as Neutrogena, Tylenol, Aveeno, Band-Aid, Zyrtec, and Listerine. Widmer graduated from the United States Military Academy at West Point in 1983 and served five years in the US Army as a Field Artillery officer.

Hunzeker joined the WWP board last year. He is the former CEO and president of Vectrus, an infrastructure and global logistics company. Previously, Hunzeker served as vice president of government relations at ITT Defense following a 35-year career in the Army. He commanded forces at every level from Platoon to Army Corps (3-star Command), culminating his career as deputy commanding general of all U.S. forces in Iraq. Hunzeker was recently honored as a Distinguished Graduate of the U.S. Military Academy at West Point, an honor bestowed to very few Alumni on an annual basis.

"Kathleen and Ken's extensive military, corporate, and veteran experience will help guide our board of directors," said WWP CEO Lt. Gen. (Ret.) Mike Linnington. "We are in a vital time for today's generation of wounded veterans. As their needs change, we have to evolve organizational support accordingly."

The national charity also added two retired generals with extensive medical experience to its board to better serve injured veterans and their families.

Maj. Gen. (Ret.) Joseph Caravalho Jr., M.D., is president and CEO of the Henry M. Jackson Foundation for the Advancement of Military Medicine, a Congressionally authorized not-for-profit that supports specific medical research worldwide for the benefit of military and civilian health. Besides specializing in cardiology, Caravalho served as medical officer at nearly every level, from Special Forces Battalion to the Joint Staff at the Pentagon during his 38-year Army career. He also commanded the Army's medical research command and served as the Army deputy surgeon general.

DeSantis served as a WWP board member since 2017. She recently retired as CEO of Melwood, a nonprofit that provides opportunities for people of differing abilities. One of the ways the organization helps the community is through Melwood Veterans Services LLC, which assists veterans in their transitions to civilian life. It helps with career exploration, job training, and job support. It offers a weeklong program known as Operation Tohidu® that helps veterans and active-duty military overcome obstacles to their recoveries. That gathering is similar to WWP's multiday, outdoor, rehabilitative mental health workshops. Both use challenges and educational opportunities to work through symptoms of post-traumatic stress.

WWP's board of directors helps the organization fulfill its mission to honor and empower wounded warriors through guidance and leadership. Learn more about the board here.