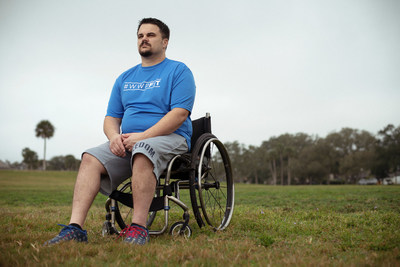 Under current law, when service members retire from the military, they are entitled to retired pay from the Department of Defense (DoD) and disability compensation from the Department of Veterans Affairs (VA) if they were injured during service. However, only military retirees with at least 20 years of service and a disability rating of at least 50% can collect both benefits simultaneously. For all other retirees, there is a dollar-for-dollar offset of these two benefits, meaning they must forfeit a portion of the benefits they earned in service.

The Major Richard Star Act would reform this policy to ensure 42,000 retirees whose military careers were cut short due to combat-related injuries can collect hundreds of dollars per month that they have been denied up until now.

"We must honor all wounded warriors who served our country, whether their injuries occurred in combat or during combat-related training," said Aleksander Morosky, WWP government affairs specialist. "Regardless of the time spent in service, these veterans have earned all their benefits through their extraordinary sacrifices in defending our nation, and no retiree should be subject to the offset. Wounded Warrior Project will continue to support legislation to eliminate the offset for all retirees and considers the Major Richard Star Act one step toward achieving that goal. We're grateful to Senators Jon Tester (D-MT) and Mike Crapo (R-ID), as well as Representatives Gus Bilirakis (R-FL) and Raul Ruiz (D-CA) for their leadership and hard work on getting this critical legislation introduced."

Read more about the House and Senate versions of this legislation. Learn more about WWP's other legislative priorities and how we work with our nation's leaders to improve the lives of wounded veterans and their families.