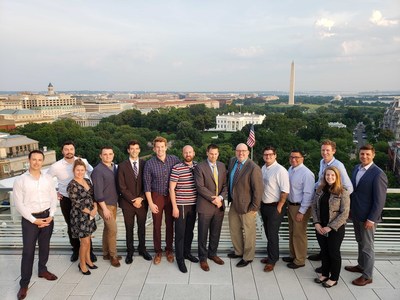 This $25,000 grant supports the HillVets LEAD program, which helps advance post-9/11 warriors in defense policy, veterans' policy, and communications-related fields, culminating in LEADCON where participants will present a capstone project.

"We are proud to partner with HillVets in developing our next generation of veteran leaders," said WWP CEO Lt. Gen. (Ret.) Mike Linnington. "HillVets connects veterans with some of our nation's most influential people in government and the media, giving them new skills and networking opportunities that can help them launch meaningful careers."

"HillVets is honored to have the continued support of Wounded Warrior Project," said Justin Brown, founder of HillVets. "We're launching our 3rd class of HillVets LEAD whereby we have placed 36 impressive veterans in front of some of our nation's most established and respected leaders, which has allowed them to learn, grow, and develop alongside their peers into our next generation of warrior leaders."

Learn more about how WWP has granted more than $88 million to 165 veteran and military service organizations involved in the care of America's military community since 2012.