SALISBURY, Md., July 23, 2019 /PRNewswire/ -- Tina Matthews is thankful to have her life back. The Army veteran originally struggled in her transition back to civilian life. 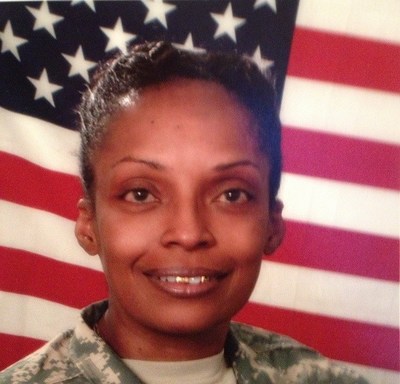 Tina joined the military after becoming a licensed practical nurse as a civilian. She then served as a nurse in military intensive care units before taking on leadership roles in troop medical clinics. But she says transitioning out of the military proved difficult because of the grief, psychological pain, and depression.

"I have had several instances where I fell back to a low point in my life and felt like giving up," Tina said.

But she wouldn't give up; instead, she would find new support through Wounded Warrior Project® (WWP). The veterans charity is transforming the way America's injured veterans are empowered, employed, and engaged in our communities. WWP is also changing the way post-traumatic stress disorder (PTSD) is treated around the country.

When WWP launched Warrior Care Network®, it partnered with top academic medical centers to provide world-class clinical mental health care. Patients go through more than 70 hours of treatment in intensive outpatient programs. That is more therapy in two to three weeks than most patients would see in a year.

Treatment helped Tina work through traumas she originally tried to hide. The skills she learned through her experience in the Road Home Program at Rush University Medical Center, a Warrior Care Network partner, have stayed with her.

"I started journaling again and started during mindfulness and realized there is more to me," Tina said. "I must not give up and keep pushing for the stars."

Tina excelled with the personal care.

"The best part of Warrior Care Network was knowing the staff genuinely cared about my issues and concerns, and other veterans were going through some of the same problems."

Tina is now serving as a peer mentor to other veterans through WWP. She is leading other warriors in their recoveries. She also has a new take on life.

"I will not be a victim but shall become victorious."

Learn more about how to support warriors like Tina.