HONOLULU, Dec. 12, 2018 /PRNewswire/ -- Siaipili "Junior" Pouso'o served 20 years in the United States Marine Corps and Army before retiring and transitioning back to civilian life. His goal was to work with the federal government but found he was having difficulty getting through the application and interview process. 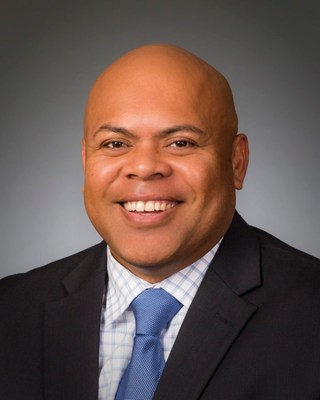 "I transitioned out of the military from Fort Bliss, Texas, and moved back home to Hawaii," said Junior.  "During this time, I was trying to connect with friends and organizations that helped veterans get into the civilian workforce. I went on many interviews for positions that I was referred to with no success."

Despite challenges in finding the work he desired, Junior never felt discouraged and kept networking through friends and organizations that helped veterans. That is when he discovered Wounded Warrior Project® (WWP) and its veteran career counseling services.

"The career counseling services were instrumental in helping me achieve my desired professional goals," said Junior. "The staff kept in constant contact with me, and I attended several employment workshops that helped me fine-tune my resume and interviewing skills and helped me connect with employers offering opportunities."

Though he was making contacts and learning about open positions, his focus remained on landing a federal government job, so he scoured job sites such as USAJobs.gov.

"The staff at Wounded Warrior Project truly listened and understood my career goals," said Junior. "Soon enough, they reached out to me with an interview for a management analyst position with the federal government – a job I had previously interviewed for but was not selected."

WWP staff members worked closely with Junior to review the types of questions he would encounter during the multi-step job interview. Through coaching and interview role-playing, Junior admits he was better prepared.

"I felt much more confident during the panel interview process and, in the end, was offered the job," said Junior. "The services and attention of the staff at Wounded Warrior Project was a true blessing, and I wouldn't have achieved my post-military professional goals without them."