WASHINGTON, Nov. 26, 2018 /PRNewswire/ -- Wounded Warrior Project® (WWP) and the Foreign Policy program at The Brookings Institution will host a panel discussion about the most pressing issues facing America's wounded, ill, and injured service members and veterans. Every year, to learn more about their physical, social, economic, and mental health needs, WWP conducts the nation's largest and most comprehensive survey of post-9/11 veterans who have sustained both physical and hidden injuries while serving the nation. This year marks the survey's ninth issuing and the first time that five-year trends will be released. 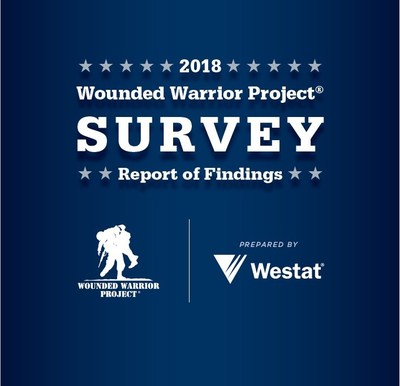 Since Sept. 11, 2001, 3.3 million Americans have served in uniform. As of Nov. 14, 2018, the Department of Defense reports that 6,918 have died and 52,774 service members have been wounded in action, but this is just a fraction of those who are estimated to have been adversely impacted by the longest war in American history.

The DoD's own Defense and Veterans Brain Injury Center reports more 380,000 have sustained traumatic brain injuries. In 2008, RAND estimated nearly 20 percent of military service members who have returned from Iraq and Afghanistan reported symptoms of post-traumatic stress disorder or major depression. In 2014, there were an estimated 5.5 million military caregivers of all generations in the United States.

The panelists will address current trends in wounded veterans' backgrounds, physical and mental well-being, and financial wellness. WWP CEO Lt. Gen. (Ret.) Mike Linnington will be available to speak with media following the event. Space is limited, so please RSVP by Nov. 30 at http://connect.brookings.edu/register-to-attend-veteran-community.

To learn more about this event, contact Mattison Brooks on the government and community relations team.