After the first ride, several combat warriors who returned from Operation Enduring Freedom with visible and invisible injuries joined Chris for another cross-country ride. This second trek across the nation united wounded warriors and helped them redefine personal strengths and rekindle the battle buddy mentality so crucial in military service.  Despite many obstacles, the group of warriors refused to give up – using the experience as a catalyst to show the public and themselves that with support and motivation, anything is possible.

"This is a monumental undertaking for anyone," said James Herrera, WWP Physical Health and Wellness director. "Since being selected to represent their service brothers and sisters in Soldier Ride Across America, these warriors have been dedicated to an at-home training routine and also joined WWP cycling camps that brought their riding skills to a new level. Riding in a group is not easy, but it does involve something familiar to veterans – trusting the man or woman with the same mission next to you."

Soldier Ride Across America has a 3,300-mile route – with each team riding more than 1,000 miles. The ride will be broken into three teams, representing the U.S. East Coast, Central Region, and West Coast. Warriors will ride through numerous cities on the cross-country journey – including Washington, DC; Somerset, Pennsylvania; Louisville, Kentucky; Nashville, Tennessee; Little Rock, Arkansas; Lubbock, Texas; Las Cruces, New Mexico; and Wickenburg, Arizona – all before ending in San Diego, California, on Oct. 7.

Today, Soldier Ride continues to use adaptive cycling technology to inspire warriors and help them find their next mission in life – a healthy recovery and successful transition to life after injury. So far this year, more than 1,200 riders participated in more than 30 Soldier Ride events nationwide.

To learn more about how WWP is transforming the way America's injured veterans are empowered, employed, and engaged in our communities, visit https://www.woundedwarriorproject.org/programs/soldier-ride. 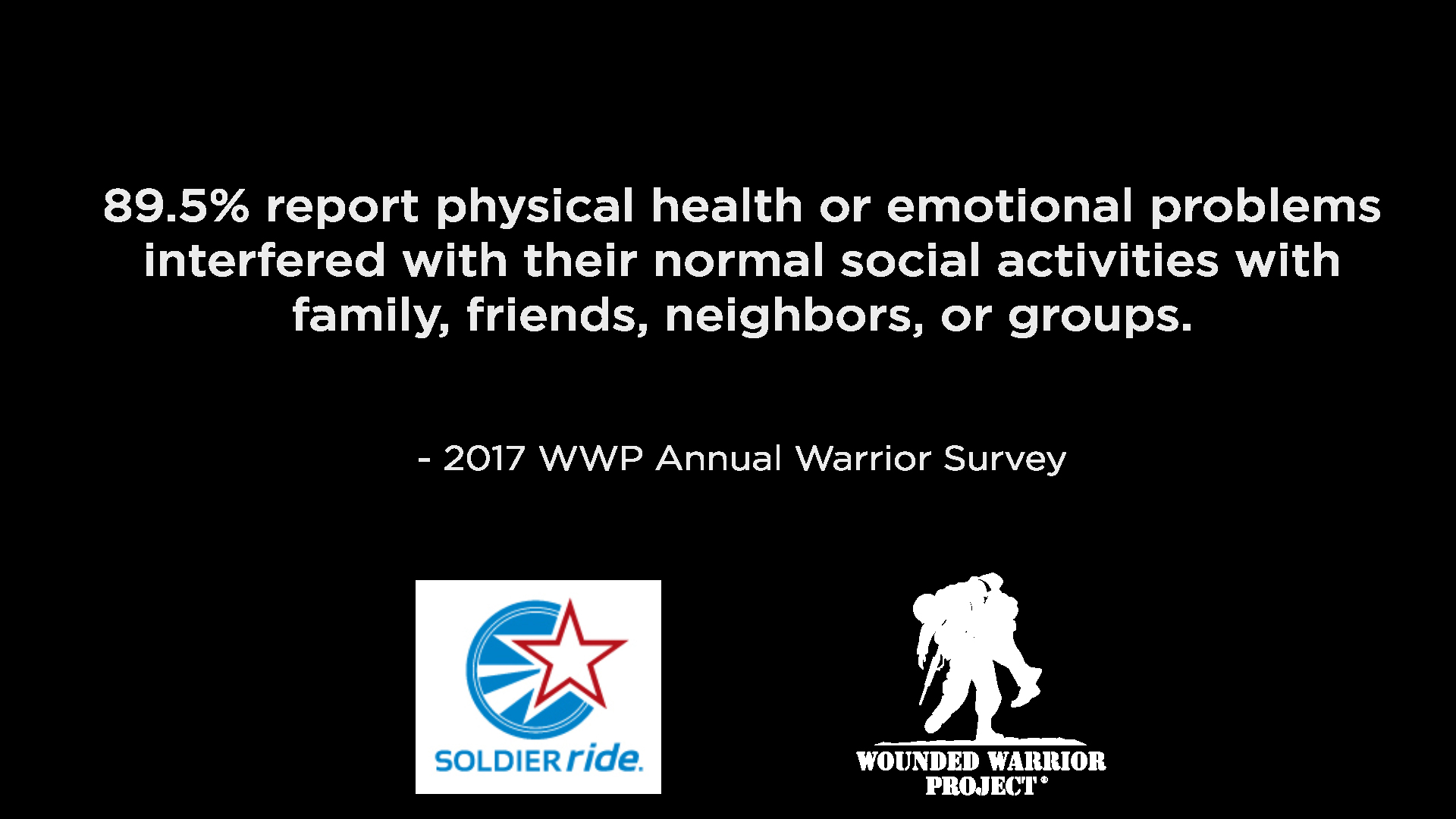 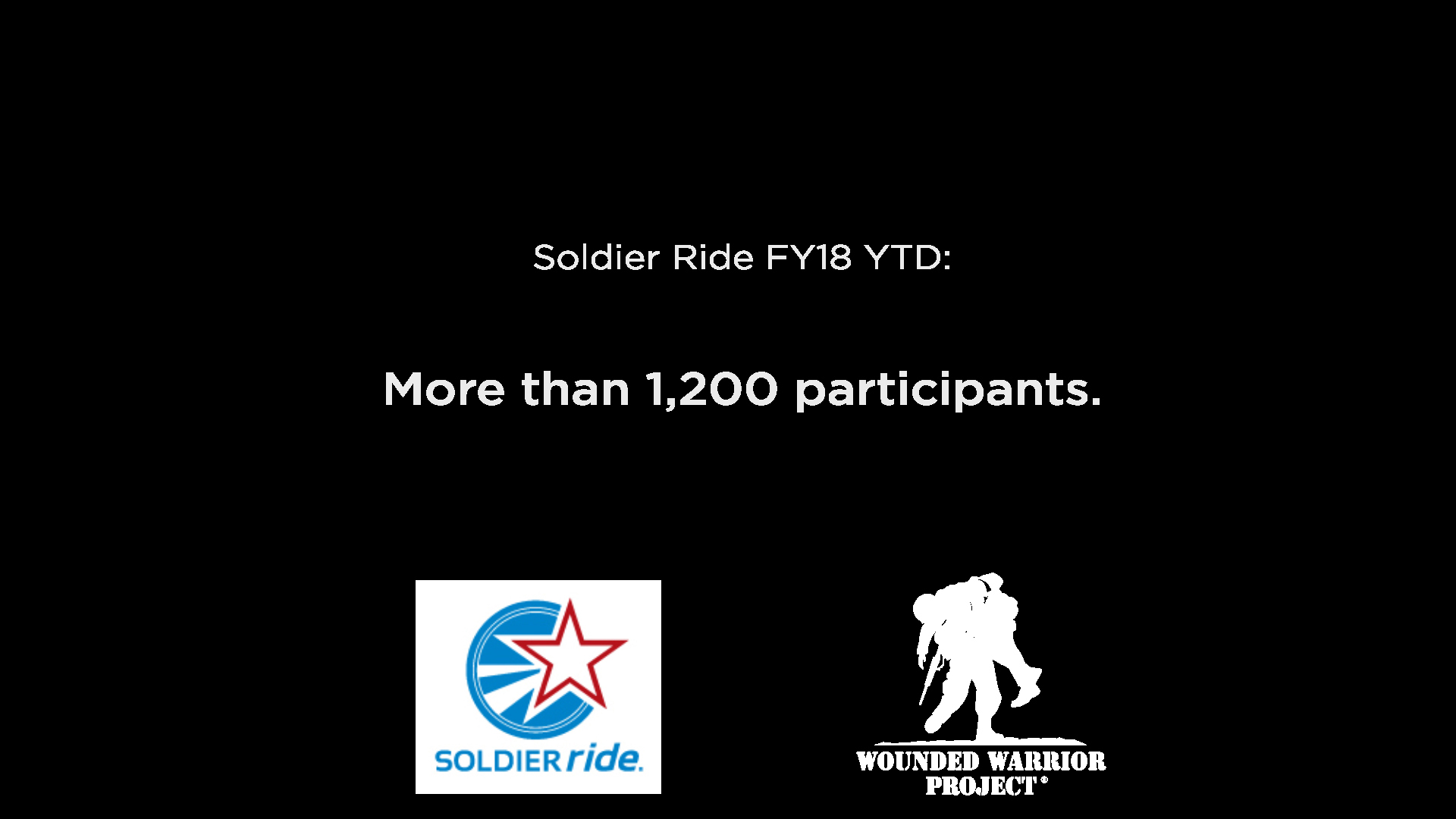 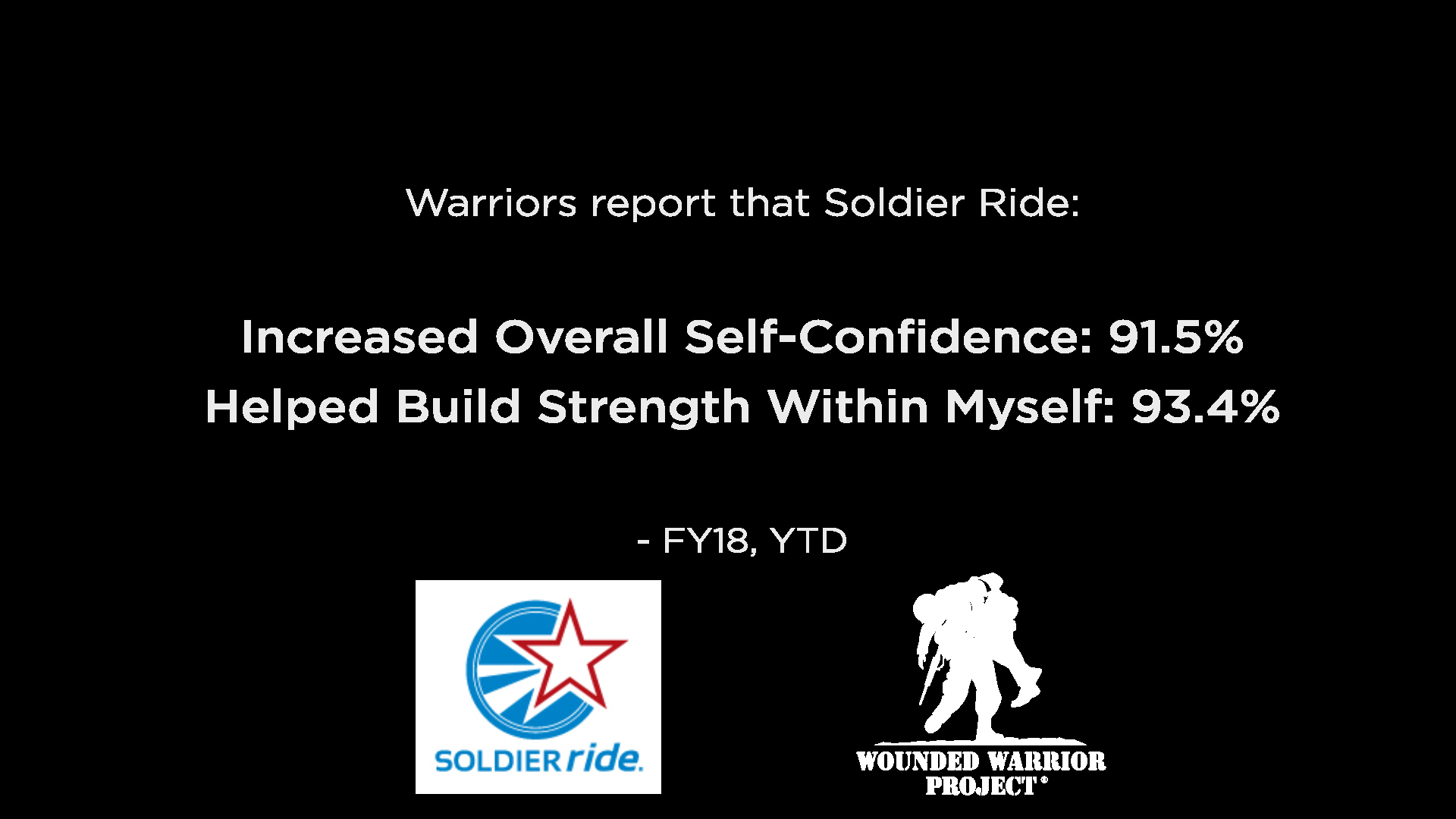 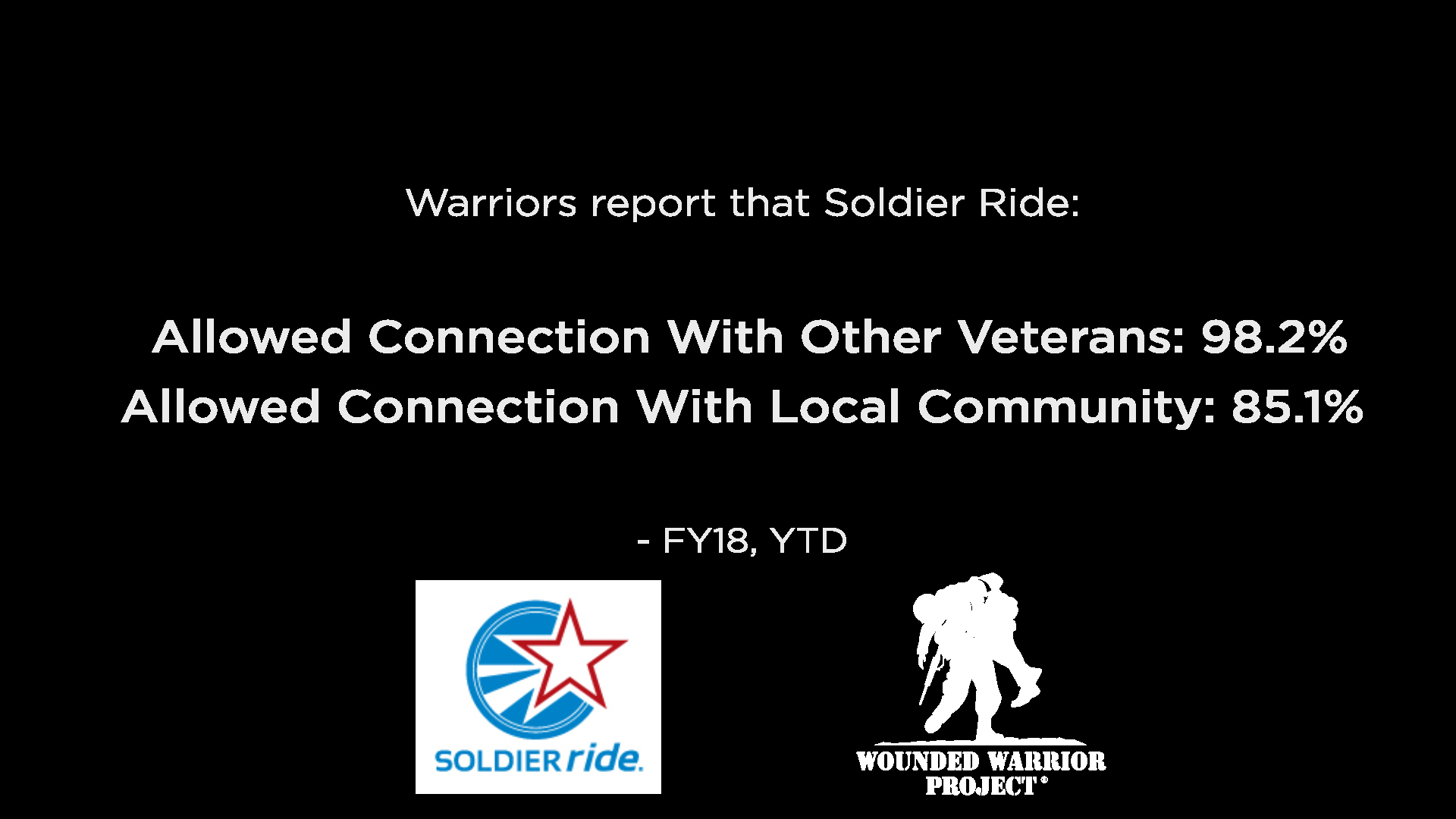 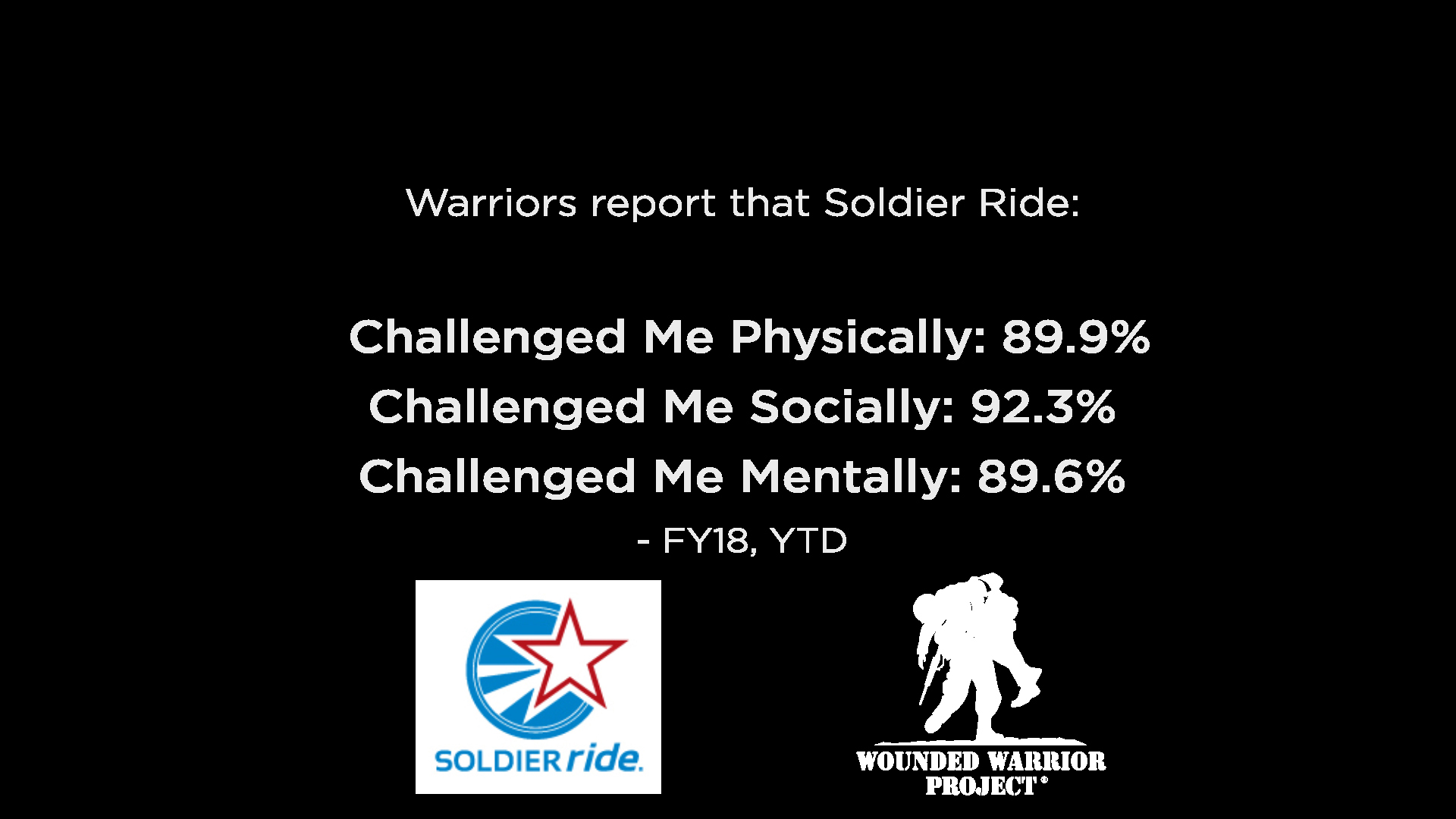 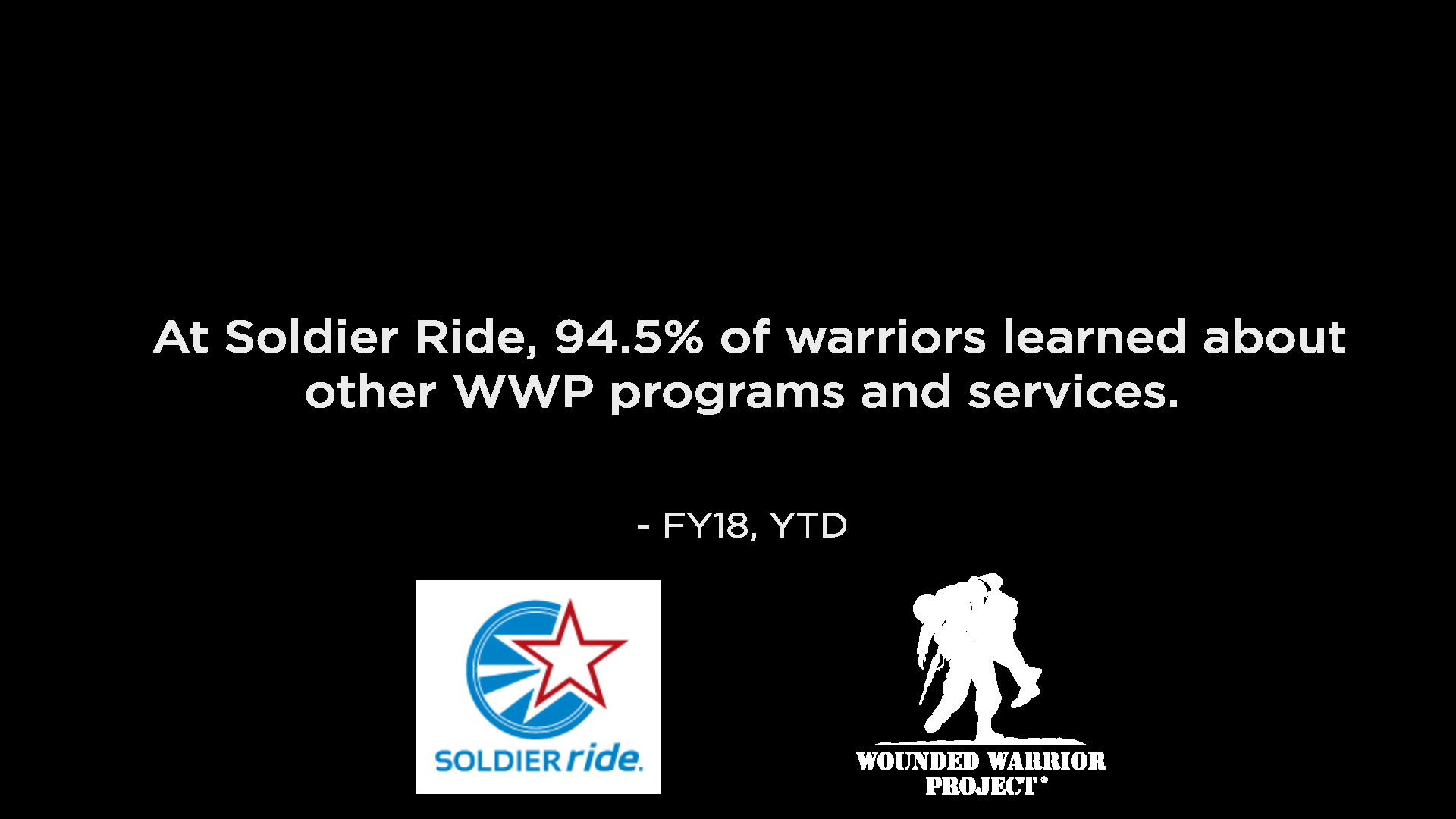 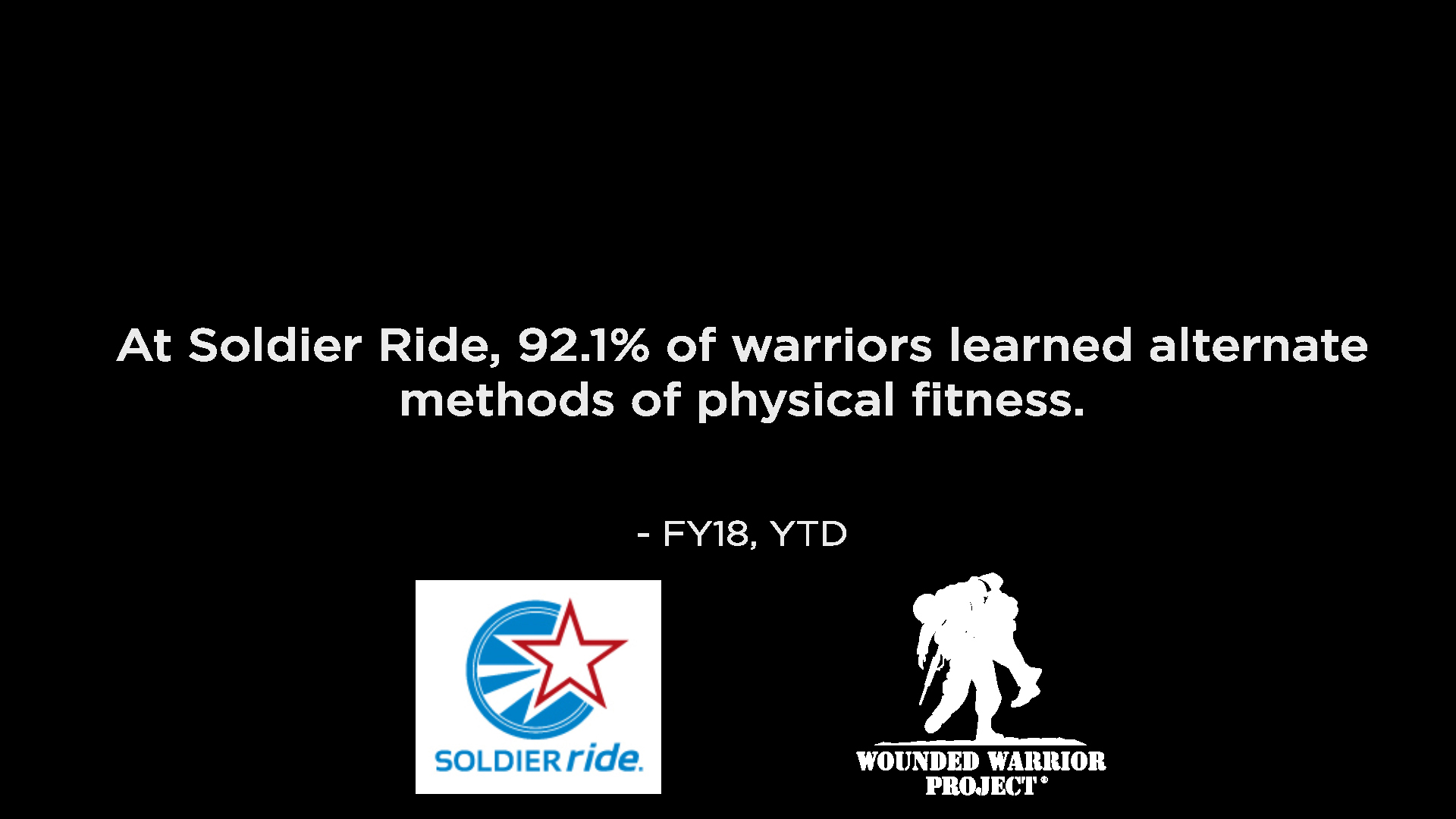