PHILADELPHIA, Sept. 5, 2018 /PRNewswire/ -- Sean Sanders learned to lead while serving his country. The Army veteran rose to the rank of first sergeant while enlisted for more than 20 years. Along the way, he led a team during his second tour of duty in Iraq. He led his troops into war and brought each of them home safely. 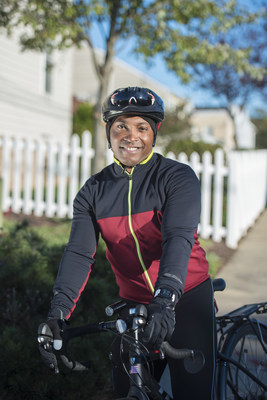 After connecting with Wounded Warrior Project® (WWP), Sean had the opportunity to lead again.

When Sean joined the Army in 1992, he almost felt he was answering a call to serve.

"I'd seen, for the first time in my life, that I can excel, and I had leadership qualities. From there, I became proud of not just being in the Army but being an American."

During his second tour in Iraq, Sean and his team did daily patrols and experienced daily dangers. Because of this, Sean has lived with post-traumatic stress disorder (PTSD). He found help with WWP.

"I really got into Wounded Warrior Project when they did the first Soldier Ride," Sean said, referring to his first opportunity to join dozens of other veterans on a multi-day bicycle ride.

"It taught me – I knew it, but it brought it back to me – that you can do anything you put your mind to. It gives me the opportunity to meet other veterans."

Soldier Ride® is a multi-day group bicycle ride that brings veterans together to bond and support one another. WWP connects veterans with each other to ride as one, while providing other physical health and wellness opportunities during each event. Riders find support from fellow veterans while completing daily tasks together.

This year, WWP is marking 15 years of Soldier Ride with a special cross-country ride throughout September. Soldier Ride Across America starts in New York City this weekend.

For Sean, Soldier Ride provides motivation and a chance to lead.

"You've just got to have resiliency. And that's with any challenge that you do. I mean you might fall, but you've got to be able to get back up.