Veterans Charities Partner to Honor the Fallen this Memorial Day

NEW YORK, May 25, 2018 /PRNewswire-USNewswire/ -- This Memorial Day, our nation will pause to remember the men and women who gave their lives protecting our freedom. Volunteers have stepped forward to serve since the days of the militia to today's armed services with the knowledge they may not return. 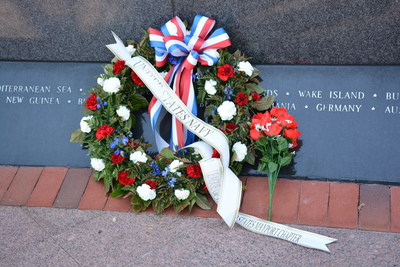 Wounded Warrior Project® (WWP) partners with The Memorial Day Foundation every year to ensure the nation knows the true meaning of the holiday recognized on the last Monday in May. WWP veterans will join the foundation to visit and lay bouquets of red flowers at war memorials around New York City and other cities around the nation. The red represents the blood of fallen service members.

The founders of The Memorial Day Foundation, Vietnam veterans Paul D'Elia and James Bruno, thought the day was losing its meaning. Now the organization has the largest registry of memorials across the country listed on its website, http://www.nationalwarmemorialregistry.org.

"We have the registry so these war heroes can be remembered," Paul said. "The sites should be preserved and visited and shared with every generation."

The Memorial Day tour will visit seven monuments to fallen heroes on Monday, May 28. Along with laying flowers at each site, there will be a brief ceremony culminating with the playing of taps at each location. The public is encouraged to join these ceremonies to pay tribute.

Memorials with Planned Ceremonies:
(Group will leave Brooklyn by bus at 9:30 am bound for Vesey Street)