JACKSONVILLE, Fla., Jan. 29, 2018 /PRNewswire-USNewswire/ -- Wounded Warrior Project® (WWP) added a career soldier and leader to its Board of Directors with the unanimous election of Command Sgt. Maj. (Ret.) Alonzo Smith. 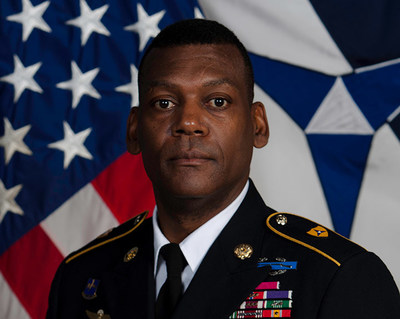 CSM Smith joined the Army in 1984. During his 33-year career, he rose through the ranks to command sergeant major, a rank that just 1 percent of enlisted service members reach. CSM Smith has deployed around the world and served in combat during Operation Enduring Freedom (Afghanistan) and Operation Iraqi Freedom.

His military awards and decorations include the Purple Heart, Distinguished Service Medal, Bronze Star, and several others commensurate with his distinguished career. CSM Smith sustained severe wounds in Afghanistan in 2010, when an 82 mm recoilless rifle round struck his vehicle. Following his injury, CSM Smith underwent numerous surgeries, prolonged hospital stays, and extensive physical rehabilitation. CSM Smith also dealt with depression from his wounds and the uncertainty of recovery. He is a role model for all warriors and openly shares his personal experiences with post-traumatic stress to encourage warriors to seek help during recovery. He is a registered alumnus with WWP.

"Command Sergeant Major Alonzo Smith brings a long, decorated military career to Wounded Warrior Project's board," said WWP CEO Lt. Gen. (Ret.) Mike Linnington. "His combat service as an enlisted leader of young men and women brings unprecedented experience to the board, which will enable us to better serve warriors and their families."

CSM Smith's final assignment was at Fort Hood, Texas, where he served as III (U.S. Army) Corps command sergeant major from 2014 until 2017. He retired at Fort Campbell, Kentucky, a post where he served for almost 10 years.

WWP has grown its board by electing seven directors since late 2016. The board comprises individuals with experience in military, business, nonprofit, government, medical, and education fields. In his new role as director, CSM Smith will help the board fulfill WWP's mission to honor and empower Wounded Warriors through governance, guidance, and leadership. Learn more about the board at https://www.woundedwarriorproject.org/mission/board-of-directors.