JACKSONVILLE, Fla., Oct. 13, 2017 /PRNewswire-USNewswire/ -- Wounded Warrior Project® (WWP) relies on the support of donors, including individual supporters, corporate partners, and even groups of students. Young entrepreneur Matt Revnew recently reached out to WWP. His business, Maverick Men's, sells hair pomade for men. He stated his intentions to donate proceeds from the sales of his products to support those WWP serves. 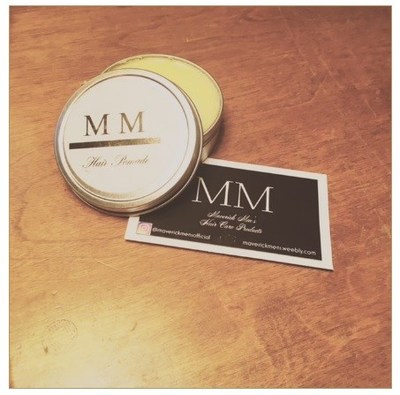 "I wanted to have a better hair product to use," Matt said. "I had the idea in May of 2017 and didn't put it into action until about July of 2017 when I went to an entrepreneur camp at a local high school. I plan on seeing it grow immensely from the time of October 2017 to February 2018."

Like many who have chosen to support WWP, Matt has family who served in the military. His grandfather, Gerald, served in the Air Force during the Korean War. His uncle, Bob, saw combat in Desert Storm.

"I first heard about Wounded Warrior Project from a TV commercial and thought that it was a great charity," Matt said. "I wanted it to be something I could give back to when my business got off the ground."

While most 12-year-olds are focused on sports and school, Matt wanted to go his own way and start a business. His rationale is like most business' and entrepreneurs' – there was a product he wanted and couldn't get, so he decided to make it himself.

"The idea of the company came mostly from a common problem in my life," Matt said. "Every time I used hair product in the morning, my hair would fall down about two hours into the school day. So, I decided to try to make my own product. I found a few ideas on the internet and experimented around with different recipes until I got the kind of product I wanted."