JACKSONVILLE, Fla., Sept. 29, 2017 /PRNewswire-USNewswire/ -- Wounded Warrior Project® (WWP) relies on the support of donors, including individual supporters, corporate partners, and even groups of students. Recently, some of WWP's supporters have shared their artistic talents as a way to raise awareness and funds for wounded veterans. Musician Connor McDermott is one of those supporters – and he put his gifts to work for a music video tribute to America's service members. 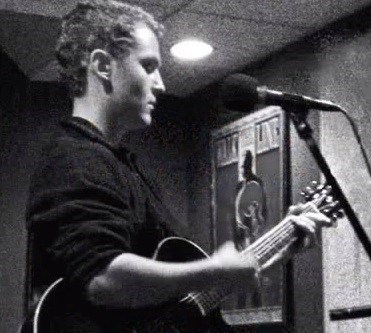 "I made the video in the first place to honor my grandfather and his service in Vietnam," Connor said. "He actually appears four times in the video. But I also wanted it to be something that would honor the service of all the men and women in our armed forces both past and present."

The military tradition runs strong in Connor's family, with multiple generations having served in major world conflicts over the decades.

"One of my uncles served in the Korean War, and another uncle was an Army Ranger," Connor said. "However, the relative whose service stands out beyond anyone I personally know is my grandfather: Army Colonel and Combat Medic Frank McDermott. He served in the Central Highlands of Vietnam from 1968 to 1969."

As a combat medic, Frank stabilized wounded soldiers in combat situations and arranged for their airlift to safety.

"If there is anyone who knows what it is to care for a wounded warrior, it is him," Connor said.

For Connor, music has been a constant in his life – drums grabbed his interest at an early age, and he began to play the guitar and sing at age 13.

"Music is what gives me joy and hope against adversity in the darkest of times," Connor said. "The reason music is such an intrinsic part of our being is because it exists as the perfect medium to express human emotion. There isn't anything else that's quite like that in this world – and it's why music has the most widespread appeal of any art form."

To check out Connor's music video, visit https://www.youtube.com/watch?v=YhPcHoTV0tg. And to read they rest of Connor's story, visit: http://newsroom.woundedwarriorproject.org/highlights?item=30746.