SEVEN HILLS, Ohio, June 21, 2017 /PRNewswire-USNewswire/ -- At the end of his career in the United States Marine Corps, Brian Brannigan had achieved the rank of captain. He served in Afghanistan for one tour in 2012 as a combat engineer and wanted to help his brothers and sisters in arms continue their education. He graduated from the University of San Diego with a master's degree in global leadership. 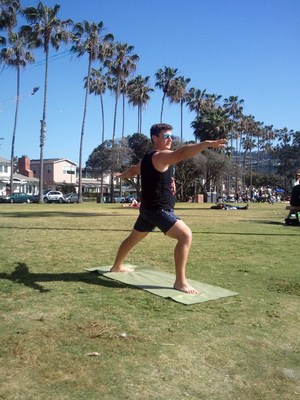 "He achieved it one week before he lost his battle at home," his mother, Diane, said. "He was humble and honorable, and Brian spoke highly of his fellow Marines."

His mother remembers him as dynamic, adventurous, and intelligent, despite his struggles with post-traumatic stress disorder (PTSD). Brian used the tools around him to get help – both through the Department of Veterans Affairs (VA) and Wounded Warrior Project® (WWP). He first connected with WWP in 2015 through a golf outing for veterans, where he benefited from the mentorship of other warriors around him.

"Brian also loved yoga, and it was one of the methods Brian used to help with his PTSD," Diane said. "It helped him become more peaceful. I noticed Brian would sleep better; he was calmer and more relaxed. I thought to myself that yoga is such a blessing, both mentally and physically."

After Brian's passing, Diane looked for a way to raise PTSD awareness and the positive impact yoga could have on the lives of wounded veterans. Ultimately, Diane decided to host a memorial yoga event both for Brian and those who struggle with PTSD, bringing together others to participate in what he loved – and to support a charity she believes in.

"The event was amazing," Diane explained. "There were over 40 people in attendance. I served sushi and an artisan fruit and cheese platter, a few of Brian's favorites. We had a guitarist sing the last song in the yoga class.  It was a lovely tribute to my son.  The event raised almost $3,000 to support Wounded Warrior Project."