ATHENS, Ga., July 19, 2018 /PRNewswire/ -- Army veteran Bobby Woods was sure he was going to die in Afghanistan in August of 2010. A sniper round from 450 yards out pierced his forehead. The bullet was the first shot in a firefight, and it was devastating. It shattered his left temple, crushing an eye socket and breaking Bobby's skull. 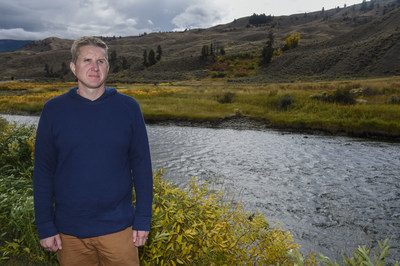 "I assumed I was going to die," Bobby said about being shot. Amazingly, the bullet in the head did not stop him. "I kept the fight going and bandaged the wound myself and kept going."

Bobby stayed the good soldier though, helping relay where the attack originated.  "After I got shot, I figured out where they shot me from and called in their location."

Bobby was medevacked to Landstuhl Medical Center in Germany.

Bobby's brief stay at Landstuhl left a mark on him. After connecting with Wounded Warrior Project® (WWP), Bobby joined other warriors to return to Landstuhl.

"I was able to thank the nurses and doctors on staff there. It was very humbling to be able to visit with them. It is great for the medical staff to see people they helped – how well they are doing. The people that they saved are able to have good lives."

WWP has taken dozens of warriors back to Landstuhl over the years as part of the recovery process. Bobby also had the chance to meet newly injured veterans during his trip.

"It was great to meet the troops who had recently been wounded in combat," Bobby said. "Combat injuries are tough, but we let them know that, in time, life will be good again, no matter how tough the wound."

From surviving a gunshot to the head to sharing his recovery with wounded veterans around the globe, Bobby Woods has proven to be a resilient inspiration for others – all with the help of an organization that has connected him with others.

"Wounded Warrior Project brings veterans together. We're able to help one another move forward both physically and emotionally."

Read more about Bobby at https://www.linkedin.com/pulse/injured-warrior-gives-back-through-wounded-project-project/?published=t.