Warrior Regains His Family With Help From Veterans Charity

NASHVILLE, Tenn., July 26, 2018 /PRNewswire-USNewswire/ -- Returning from service and transitioning to civilian life can be difficult for veterans, especially those dealing with wounds of war. It can also create challenges on the home front as spouses and children deal with the stress of a warrior's transition. 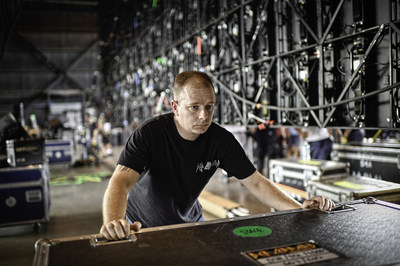 For Army aviation veteran Bill Jones, that transition was especially difficult. He describes going from an outgoing individual to a controlling person who struggled with change.

"It was the biggest help for me understanding my PTSD. I was able to meet other people who were similar and experiencing the same things. And I began to trust other people again.

"They were just like me. They felt the same way that I did. They experienced similar surroundings and knew what I was going through. Wounded Warrior Project helped me understand that I needed to explore for more help."

Along with connecting with other veterans, WWP helped Bill improve his family relationship.

"I became less aggressive and more understanding and was able to tell my story to my wife for the first time and have her understand what I was experiencing. She was more supportive, and the kids started to understand that I am trying."

WWP understands how important family is in a warrior's recovery.

"So often the focus on the warrior leads to the family being forgotten," Bill said. "Many times, the family experiences as much as the warrior because they have to deal with the brunt of what a warrior experiences. They deal with rage outbursts, inconsistency of discipline, the explosions that happen, and the lack of trust.

"Wounded Warrior Project gave me my life back. I could not have reconnected with my wife and kids without it."